Good morning!  Happy April Fool's Day!  Do you know the history behind this silly holiday?  Click here to read all about it - it's actually quite interesting!  We have a new challenge for you today at:

I'd like to enter this ATC into the following challenges: 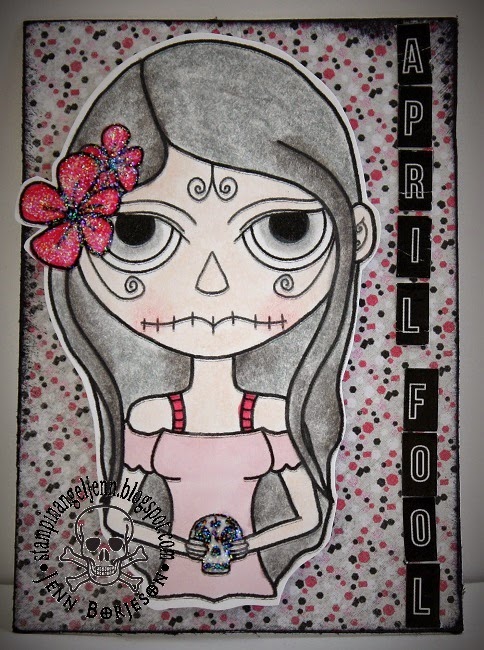 Our sponsor is Creepie Cute Stamps and I used my new paper pad from Authentique for the background, then colored the image to match.  Inked the edges of the ATC and added the "April Fool" sentiment with Tim Holtz alpha stickers.

Next up - we have a new release and a new DT introduction at: 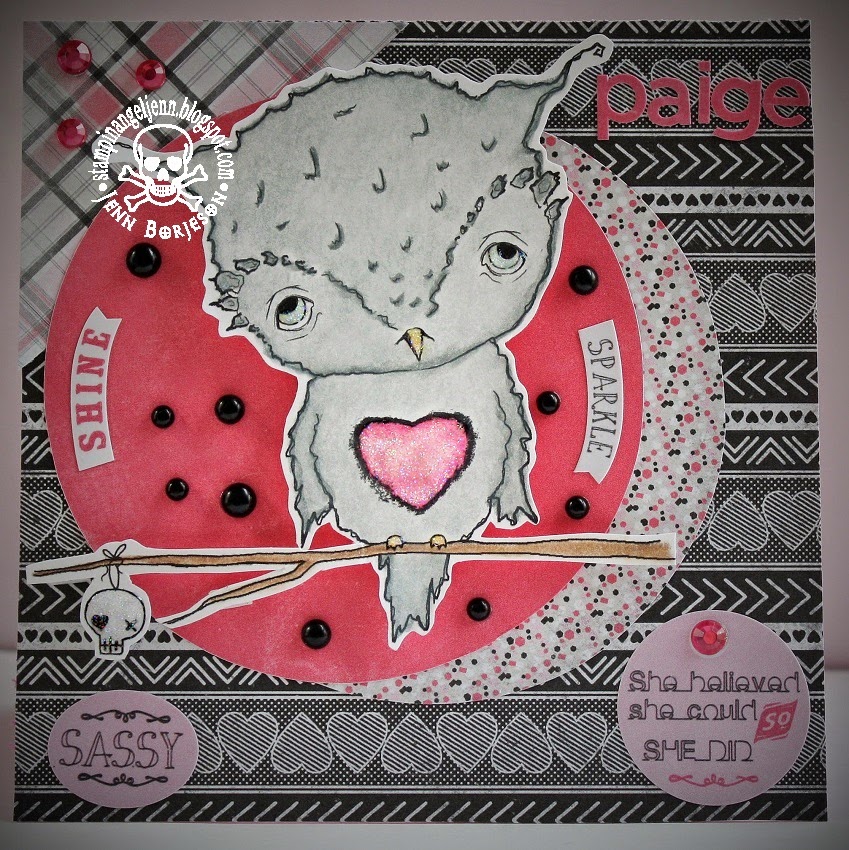 I'd like to enter my creation into the following challenges:
The Pink Elephant: Anything Goes
Try it on Tuesday: They Who Have Wings
AllSorts: Feature a Creature
Simply Papercraft: Anything Goes
Simon Says Stamp: Happy Birthday

The image I used is called Simon Owl Heart #189 and I colored  him with Prismacolor pencils & mineral spirits.  This is a special birthday card for a very special young lady in my life - her name is Paige and she's turning 16 on April 14.  Her mom Donnell was a good friend of mine and she passed away in November of 2013 after battling ovarian cancer.  Eleven years after losing her baby Kaitlyn to cancer, and I just think that is one of the most unfair things I've ever heard, but it happened and she's the reason I got this tattoo on my left arm last Fall (the teal ovarian ribbon is in memory of Donnell & the little gold ribbon is in memory of Kaitlyn): 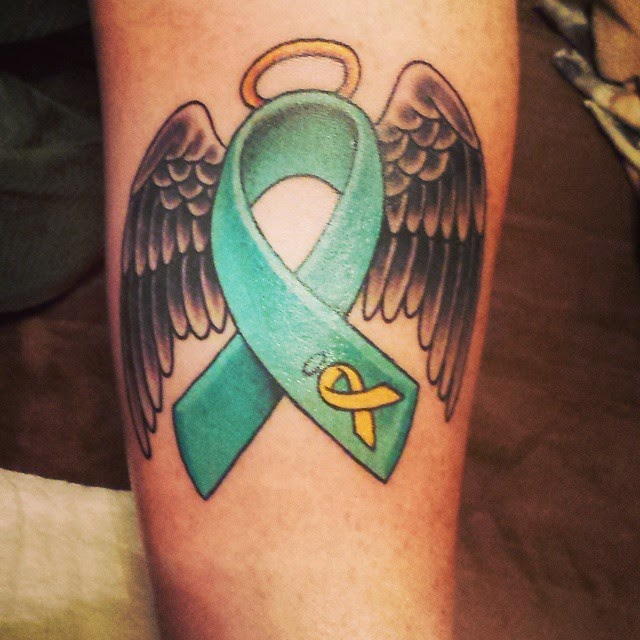 Anyway, I used my favorite new paper pad from Authentique on this card along with some coordinating cardstock stickers, then finished it off with some black pearl stickers and hot pink gems.  I'm sending it to her next week along with a bracelet I found that has the same quote as the card - She Believed She Could, So She Did.  Thanks for visiting!  Peace.
Posted by Jenn Borjeson at 9:14 AM